Most people climb into bed at night, shut their eyes and…hey presto – it happens.  They escape into a place where rest is achieved, their bodies recover from the 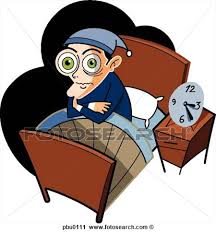 ir daytime exertions and healing takes place.  It’s so automatic that we don’t, generally, question it, wonder about it or give thanks for it.  For some it is so easy they become a little cocky about it.  (No names mentioned here!)

I’ve suffered from poor sleep for many years but about eighteen months ago I began to experience insomnia… couldn’t get to sleep for hours and when I did, I would wake up half an hour later to remain sleepless for the remainder of the night.

The following morning I would struggle to do almost anything, work and driving being the most difficult.  This was the direct result of coming off HRT – I subsequently discovered hormones are a major factor in insomnia in women.

The GP reluctantly gave me pills… not many, they were addictive she told me so only fourteen at a time.  I would cut them up into quarters and try rationing myself to a quarter a night.  After a while that stopped working and I had to increase the dose and soon I was taking a whole pill, alternating it with an over-the-counter remedy bought in drugstores in the US.   Of course in the morning I would feel doped up for at least three hours but it was better than the alternative.

…except that the pills’ effect began to wear off after a while and larger and larger doses were required to bring about a decent amount of sleep.

Naturally I would mention my struggle to friends and relatives, only to be told by those who fall asleep the moment their heads hit the pillow that clearly I don’t need much sleep.

So my doctor came up with another solution – there’s a website called http://www.sleepio.com which works out how much sleep you’re getting/not getting and what the quality of your sleep is like.  Then it gives you suggestions for promoting a better night’s sleep. All well and good.

Then there’s the Sleep Restriction program.  This is the bit where they tell you to stay away from your bedroom until 1.30 am and then and only then can you go to bed.  The alarm must be set for 6.30am. You will notice this makes for a very short night. (Times vary according to your personal requirements which are determined after you have completed a Sleep Diary for a period of time.)

Over the next few weeks I struggled with SR (as  fellow sufferers on the online forum called it) managing to get to sleep immediately and then waking several times in the night.  At 6.30am I would stumble out of bed feeling as if I’d had hardly any sleep at all.  But eventually it did begin to get better. At my weekly ‘chat’ with the friendly cartoon Prof who doles out the helpful suggestions, I was told I could go to bed an extra 15 minutes earlier until now, I’m going to bed at 12.30am.  I am now managing a good 4-4 1/2 hours’sleep and though it still feels like it isn’t enough, it’s a vast improvement on before and I am not taking pills.  Result!  Hopefully I will continue until I manage to get at least six hours sleep and wake up in the morning feeling rested.  That’s all I ask.

So, I am writing this at midnight and looking forward to being able to crawl into bed.  If you have a problem with sleep, I would recommend sleepio.com.  In the end there’s no point in relying on medication, as sooner or later it won’t work.  Getting back into a proper circadian rhythm is the only way and though it’s been a real struggle, hopefully I can see light at the end of the tunnel. Night, night!